Terrain includes country roads, forest walks and open mountain. A series of Way Marked Walks on the slopes of Sliabh an Iarainn and Bencroy mountains – just 5 miles from Ballinamore. Choose from a full days walk of 20km with shorter half day walks. Each walk is documented with colour and brief notes on route finding, local and natural history. Features Sliabh an Iarainn or “Mountain of Iron” derives its name from the iron deposits to be found in the rocks. These Iron deposits were used to build some of Irelands most Iconic structures, including the Ha’penny bridge in Dublin City.

An ancient Irish Legend relates that the Tuatha De Dannan landed in Ireland in this very place. Tuatha de Dannan – also know by the early name “Tuath De” meaning “Tribe of the Gods” in Irish – were/are a supernatural race in Irish Mythology, they dwell in the otherworld but interact with humans and the human world. They are associated with ancient passage tombs leading to the otherworld. Who knows where you might end up on this mountain! 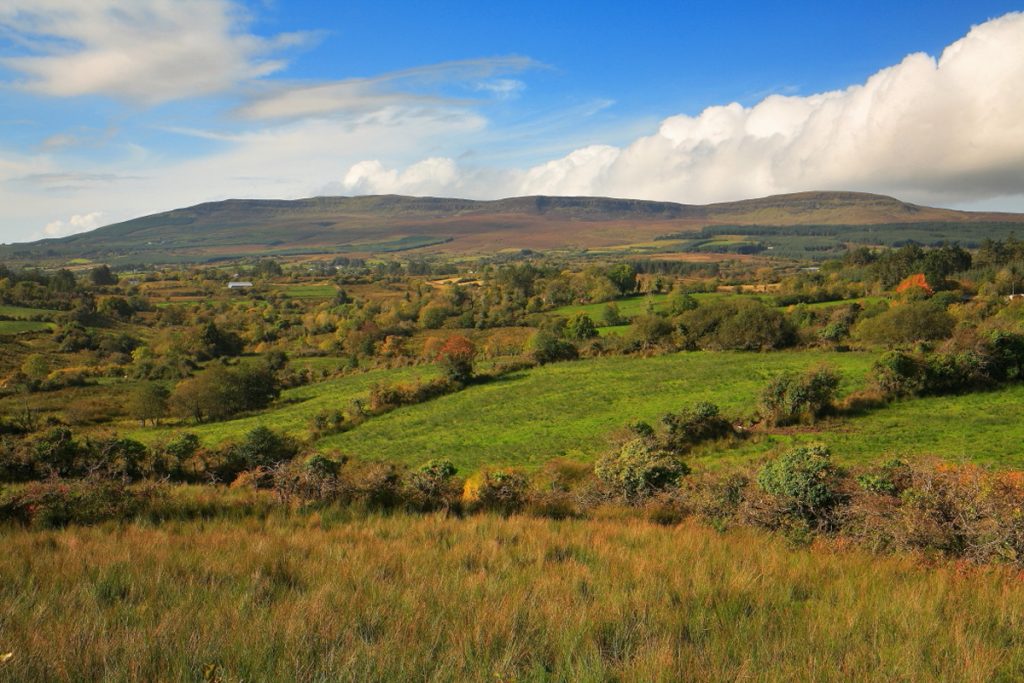